Whilst being a Leeds Dad born and bred, I have ventured out a bit and work in Sheffield at the Children’s Hospital. As a result, it is a city that I know better than most. However, driving up and down the M1 on a weekday means that I rarely want to visit on a weekend. However, something strange is happening over the next few weeks in 2016 in the city…there is a herd of elephants! On a day out, we try to do Sheffield in a Day!!

The Children’s Hospital Charity have arranged for a trail of elephants throughout the city. Whilst I am clearly slightly biased, they are absolutely wonderful and are a welcome addition to the city. Obviously the novelty will fall away and they are only in the city for a few weeks. However, things like this bring people into the city and get people involved in arts and general culture. As a result please donate to them if you enjoy the elephants!

We tried to capture (unfortunate turn of phrase!) as many as possible while taking in a few of the other attractions in the city centre. We parted near the Crucible Theatre and made our way through the city. One thing I would suggest is plan your route, either which ones you want to see, or which attractions you want to go in and subsequently take in the elephants en route. There is an app available so planning the visit should be a doddle!!

We opted for the latter so after seeing the snooker themed one (sensibly indoors) we went to the Winter Gardens. We have never been here but it is a mini Tropical World, without the animals! Given that it is free, it is well worth half an hour. However, there are loads of mini elephants hidden around the plants, which is a really cool touch!

After this, we wondered over to the Millennium Gallery for a couple more elephants, but also to take in a bit more culture. Again, it is free and there is the more wonderful interactive exhibit. It looked a bit like a tree, but made out of cutlery, which Heidi absolutely loved. Again, we wandered through the exhibits spending another half an hour or so exploring before going to the Peace Gardens… 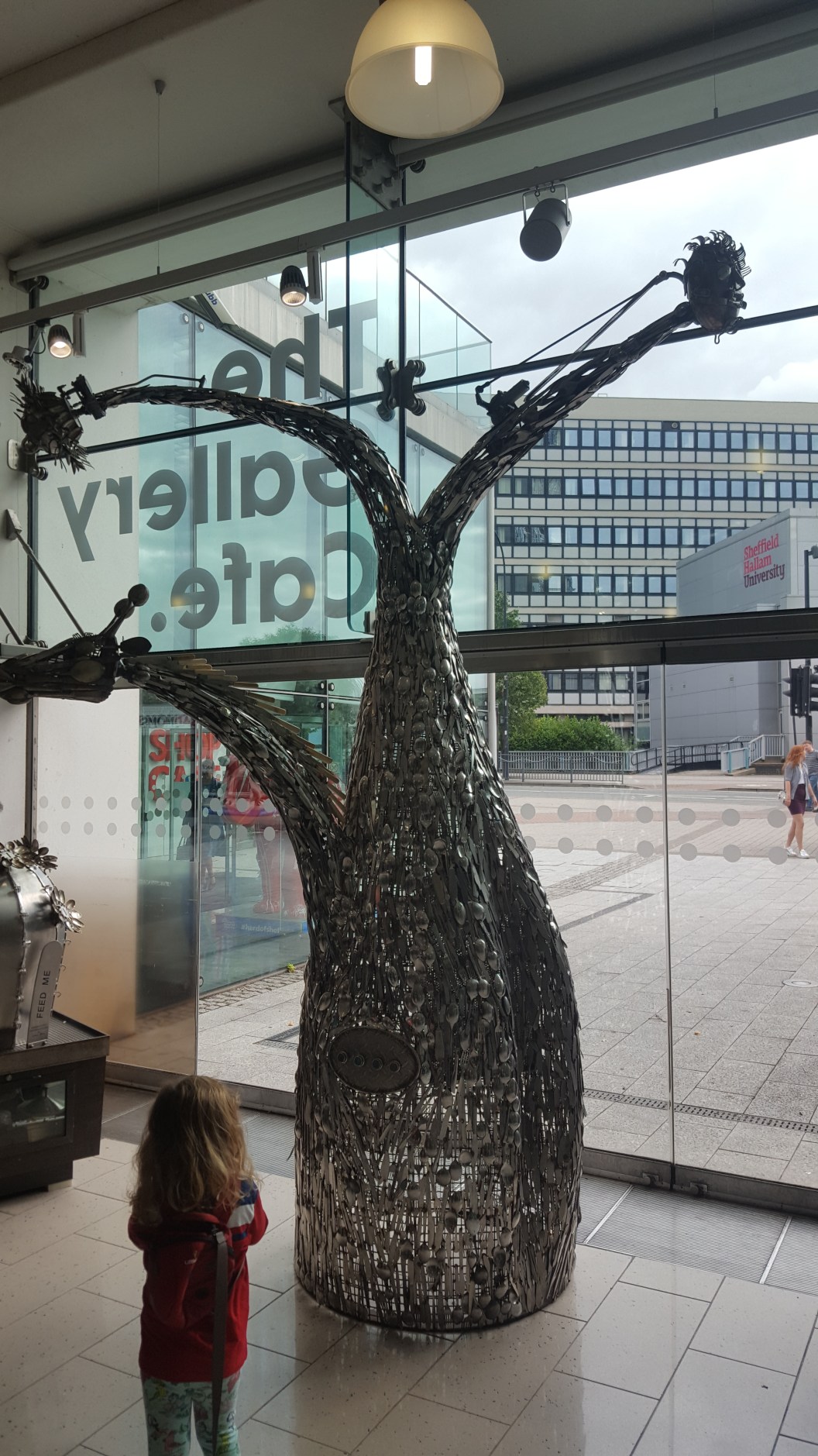 However, they weren’t peaceful as there was Sheffield by the Seaside, which was the other main reason to go to Sheffield. While the beach was pretty small, there was a few stalls and attractions (crazy golf, helter-skelter, face painting etc). There was also a kids DJ playing games which was a bit cringeworthy but also good fun in equal measures!

Also, there are water fountains in the Peace Gardens which means that a change of clothes is a must, as we found out ourselves. However, it does appear as though the water fountains are magical as well…. 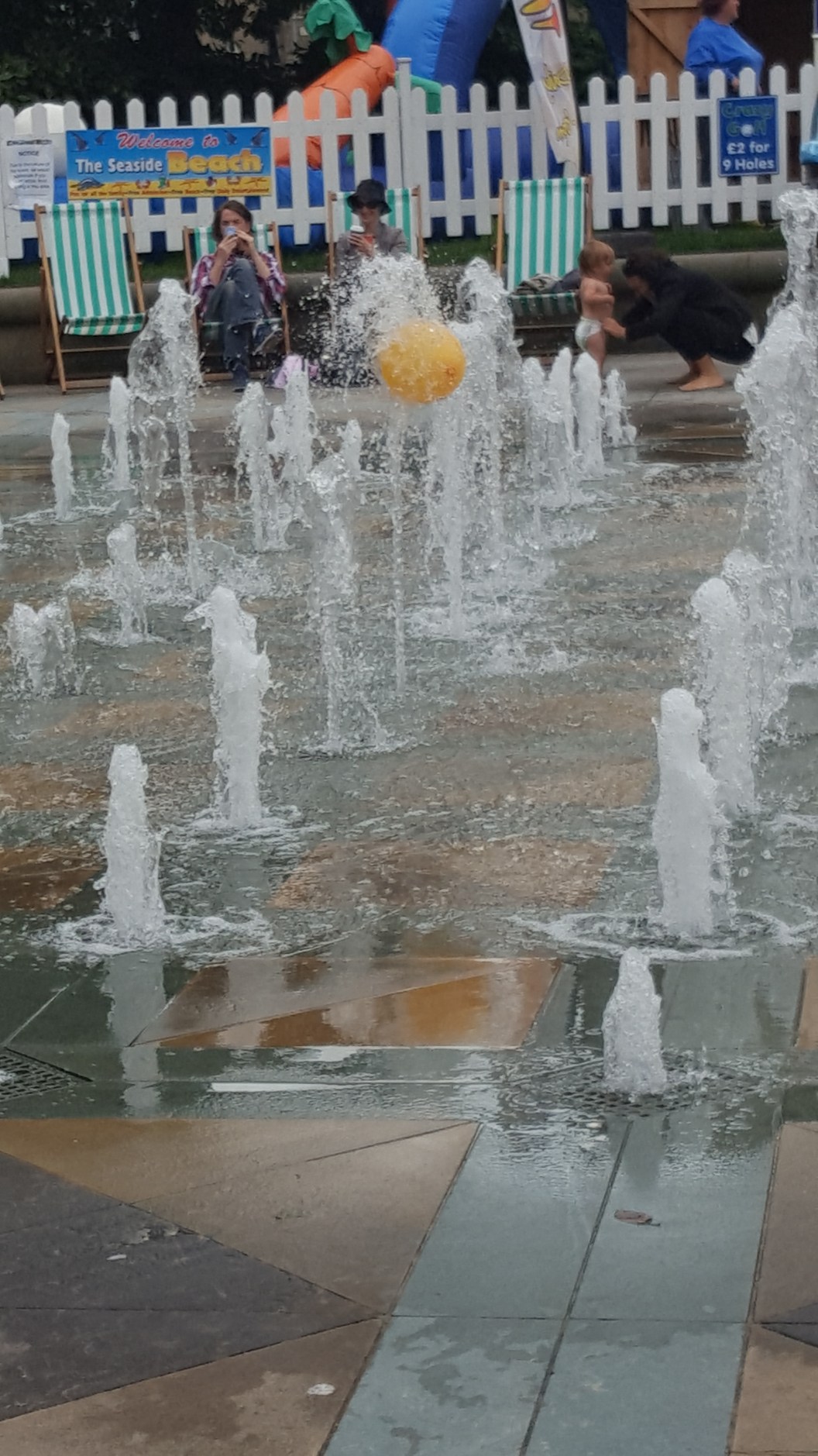 So after spending a good couple of hours there, we started heading back to the car. We saw some more elephants, including the one signed by the Arctic Monkeys, which was pretty cool. 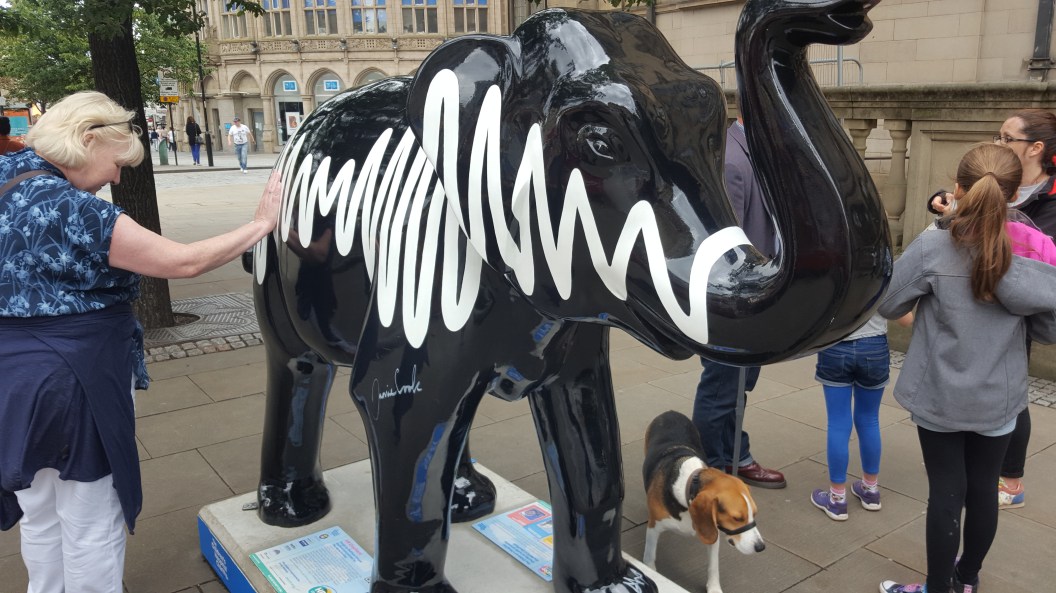 If you’re wanting to spend more time in Sheffield, it might be an idea to head in the car to slightly out of the city centre to the Botanical Gardens. Thet are a bit like the Winter Gardens, but bigger. Here too, are a couple of elephants, but also a hidden Bear!!! This is a lovely park in general and would be ideal for a picnic in summer.

Finally, there is the Western Park Museum. As it is opposite the Children’s Hospital, parking can be difficult. It is a lovely museum with one little greengrocers stall which kept Heidi entertained for ages!!! There is Western Park next door, but it is seemingly used as a pedestrian commuting route, rather than a traditional “park”

As I am a bit of an outsider, I am sure that there are plenty of other attractions within Sheffield that I don’t know about about. If you had to do Sheffield in a Day, what would you do….?!

To read more of my blog, please feel free to:

Email me at: info@leedsdad.com

2 Replies to “Sheffield in a Day”